The first Boeing 787-8 Dreamliner has arrived at Air Canada and will go into service on the Toronto – Tokyo/Haneda route in July.  This will be followed by Toronto – Tel Aviv and the Vancouver services to Tokyo and Shanghai over the 2014-2015 winter months.  Plans for future deployment of the 787 Dreamliner will be announced at future dates as new aircraft enter service.

"The new interiors and seating on the 787 Dreamliner will become Air Canada's new international standard.  As recently announced, we also plan to begin conversion in late 2015 of 12 Boeing 777-300ER and six Boeing 777-200LR aircraft to provide our customers a consistent product with the Boeing 787 Dreamliner.  With the conversion of these 777 aircraft, we will introduce a much desired Premium Economy cabin and refurbish the International Business Class cabin to the new Boeing 787 state-of-the-art standards.  The reconfiguration project is planned to be completed in the second half of 2016. 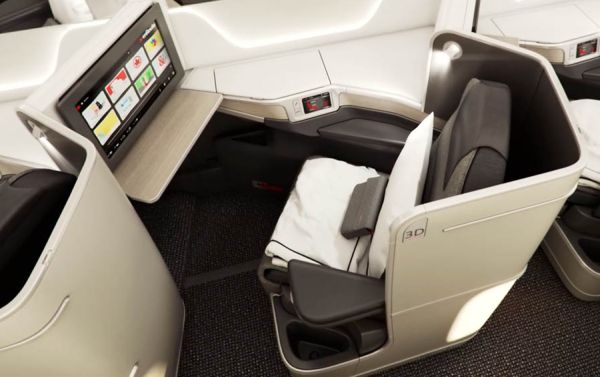