The Canadian Warplane Heritage Museum will be flying their prized Avro Lancaster to England this August for a month long visit.  The Lancaster will join the only other airworthy Lancaster in the world, owned and operated by the Royal Air Force's renowned Battle of Britain Memorial Flight (BBMF), and will participate in several events and activities.

The Canadian Warplane Heritage Museum's Lancaster will depart from Hamilton, Ontario, on 4 August and plans to arrive in England on 8 August.

The North Atlantic crossing will include en-route stops at Goose Bay, Labrador (Canada), Narsarsuaq (Greenland), and Keflavik (Iceland), prior to arriving at the BBMF, RAF Coningsby.  Shortly after arriving, the Lancaster will undergo a scheduled maintenance inspection and then the Canadian crews will complete a short training programme with the BBMF in preparation to participate in several air displays and fly pasts with the BBMF Lancaster, Hurricane and Spitfire starting on 14 August.

One option being considered is for the two Lancasters to taxi with the Classic Air Force Avro Shackleton at Coventry Airport.  The 1950’s  Shackleton, a maritime patrol aircraft, is a direct descendent of the Lancaster.  www.warplane.com/lancaster-2014-uk-tour.aspx 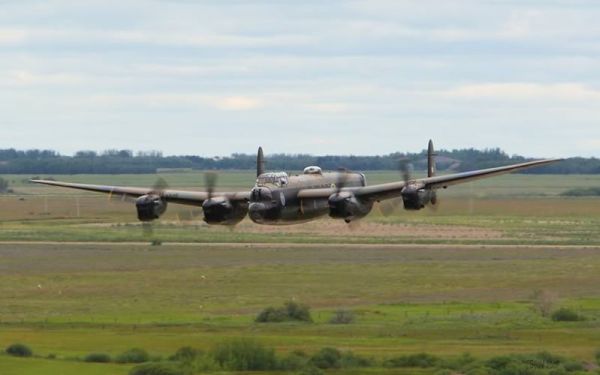