Heathrow Airport last week staged an exhibition at One Marylebone (the former church by the White House hotel) to showcase some of the new commercial arrivals for the Queen's Terminal T2.

Dominating the event was the Plaza Premium Lounge presentation, headed personally by founder and Chief Executive Song Hoi See.  It was established by Mr Song in 1998, the Hong Kong-based LSE graduate disillusioned with the lounges he was using as a banker travelling worldwide.  “It is OK when you are on long haul in Business Class”, he says. “But this is not the case with regional flights,” pointing out that 80% of passengers fly in Economy.  Plaza Premium clients will also include airlines independent of the three alliances.

Plaza Premium continues the theme developed by T2 architect Luis Vidal that the new 20th century terminals are destinations themselves (See BTN 28 April).  Whilst the single charge of £38 per use could be considered high it includes fine dining facilities, a full bar and showers. Mr Song pointed out that it was less expensive using the lounge than taking in other eating establishments at the airport without all the extras.  A lounge is planned for T4. 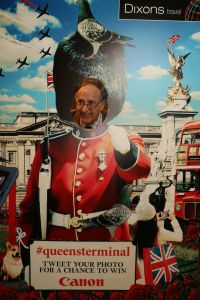