Now the longest serving Secretary of State for Transport (since Alastair Darling 2002-2006), Patrick McLoughlin is clearly a man of passion regarding particular projects (in his case HS2).  He was guest of honour at the Aviation Club last week. 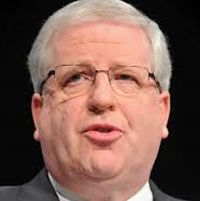 Sadly his time was limited and even an enquiry regarding the London Tube strike (which was taking place) failed to make the short question and answer session.  The query would have noted the disruption at Heathrow (the aviation angle).  He would have referred the matter to others.

He was questioned regarding Air Passenger Duty (APD) and the double whammy regarding UK domestic flights.  He said it was a matter for his Cabinet colleague, the Chancellor of the Exchequer, but there was some light at the end of the tunnel with a reference to how well the economy was doing.  APD income from British domestic flights last year (2.5m passengers @ £13) comes to £32.5m, not an insubstantial amount, but tiny compared to the £3bn the Minister himself said was generated by aviation.  The removal of the tax in total would be minor compared with the sums that air transport generate, but would very much help, and be seen to help, the domestic scene.  www.gov.uk/government/organisations/department-for-transport