Following the launch of Radisson Red for the lifestyle segment and the Quorvus Collection in the luxury market early 2014 Carlson Rezidor says it is now focussing on Africa with 30 hotels and 6,300 rooms under development. 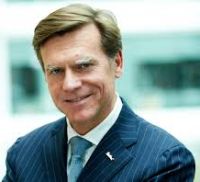 “Africa is an important growth region for Carlson Rezidor.  We believe in the great potential of this continent and are committed to becoming a key player in the travel and tourism sector,” said Wolfgang M. Neumann, President and CEO of Rezidor.

Carlson Rezidor opened its first hotel in Africa in 2000, the Radisson Blu Waterfront Hotel, Cape Town (South Africa).  Since then, the group has built up a network of 24 hotels and 5,800 rooms and 30 hotels and 6,300 rooms under development.