As you may have gathered reading this week’s BTN the Editor in Chief is away on holiday.

Via Minerva’s excellent internet system he sends this report on two books which you might consider for a holiday read: “Tony Ryan, Ireland’s Aviator” by Richard Aldous, and the Sir Alex Ferguson autobiography (part three actually). Both were presents rather than single-minded purchases. 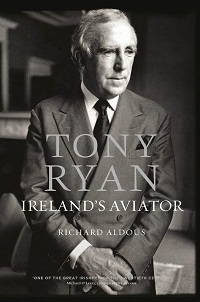 The Tony Ryan book tells the story of the railwayman’s son from Limerick Junction who helped change the face of international air travel with the creation of GPA, an aircraft leasing company.  He lost a fortune, and then made another one with the vision to copy another adventurer’s airline, and then allow his former PA to be let loose on an unsuspecting public.

“Ireland’s Aviator” is a fine book, written by an accomplished journalist with the full backing of the Ryan family.  As such it is bound to smooth over some of the less pleasant aspects of Ryan’s history.  However unlike Michael O’Leary, Tony Ryan was for the most part not uncouth in public and certainly in his later years (he died in October 2007 aged 72) he liked the better things in life, was a man of the arts (and a sponsor with a deep pocket) and a successful racehorse owner and breeder.  Above all he was a proud Irishman and family man.

Friends he liked he supported.  With O’Leary it seems it was a love-hate relationship, but the outlandish protégé did wear a tie at his former bosses funeral.  Most of Ireland’s great and not so good over the last 50 years gain a mention in the 250-page production.  Tony Ryan knew them all but a special mention must go Dermot Desmond who built London City Airport into what it is today, and PJ McGoldrick, who rather like Rod Eddington with British Airways, steadied Ryanair in its hour of need. 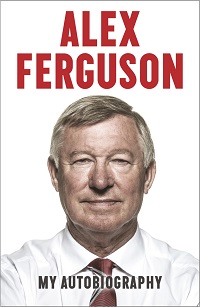 Clearly not written for the money, Ferguson mentions millions as most normal people talk of pounds, but his own wages and deals never gain a mention, Sir Alex’s memoirs for the most part cover the post 2000 era.

It might be considered 25 rants (or chapters), positive on those he likes.  The Glazier’s (naturally) gain favour, as does Rio (Ferdinand) who is on the Contents page, whilst Paul Scholes is clearly a favourite.  Ferguson is very negative when it comes to Roy Keane.  Rumour has reached the Caribbean that the new Ireland deputy team manager has not stopped in his criticism of the former Manchester United chief.  The media love a fight but it will take more than a renegade Dubliner to bring down the King of Old Trafford.

You don’t have to be a Manchester United fan to enjoy the Ferguson book and both Arsenal and Liverpool get honourable mentions.  Beckham is an enigma and the boy from Tottenham is still something of a riddle to the pride of Glasgow.  No mention of devolution.  Ferguson is a canny Scotsman.