No Norwegian for Tel Aviv 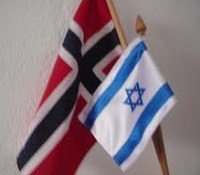 easyJet was thought to be considering a Gatwick service following its successful Luton introduction but clearly the South London airport does not have the same conurbation as Luton for their passenger mix.

Norwegian does fly to Tel Aviv, but from Stockholm, twice weekly with a Boeing 737-800, the flight time 4hrs 50mins. www.norwegian.com