Marcelle Nethersole and Alan Peaford from the new Arabian Aerospace magazine (www.arabianaerospace.aero) visited Jordan last week and found it had much more to offer than just deserts. 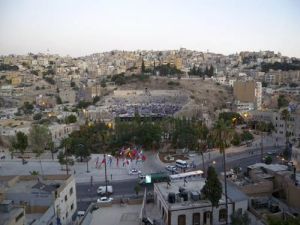 It could be said that Jordan is one of the world’s earliest tourist destinations when Moses brought a party out of Egypt in search of a better spot.

He was followed by thousands of visitors from southern Italy and the Romans built their own entertainment hotspots and leisure facilities.

During then and now there have been a lot of difficulties in the region with battles, occupation and bloody disputes.  But now Jordan is stable and open for business.

The perception of risk in the Hashemite Kingdom is still high among Europeans and our American cousins, but the British educated King Abdullah II – the son of the globally popular late King Hussein – is following in his father’s footsteps and reaching out to bridge the gap between East and West.  Ironically, although the majority of the population are Palestinian, Jordan is the only country in the Middle East (with the exception of Egypt) to have direct access to Israel. with Royal Jordanian running frequent flights between Tel Aviv and the Jordanian capital Amman.  Business jet operators like Raya Jet are able to take charter customers from the Israeli capital to places like Abu Dhabi provided they touch down in Amman first.

The security around the airport (identities and vehicles are checked before you can get within a mile of the international airport) and at the hotels is efficient and visible.  “This is very different from the subtle security measures you would see in Heathrow or Frankfurt,” says Curtis Grad, CEO of Queen Alia International Airport.  “In this part of the world it is essential to demonstrate the levels of security.  That’s why it is safe and that is why the country is stable.”

The stability and the potential for the country’s tourism was reinforced earlier this year when another visitor from Rome made an historic visit.  Pope Benedict XVI came to Jordan in May and visited the reputed site of the baptism of Jesus Christ at Bethany-beyond-the-Jordan and looked over the Holy Land toward Jerusalem from the top of Mount Nebo which is a permanent memorial to Moses who is believed to have ended his days in one of the valleys below the mount.

The Papal blessing and confirmation of the validity of the key historic sites has boosted the religious tourism but there is much more to the country for leisure and business visitors.

“Tourism is one of the main pillars of the Jordanian economy,” says Nayef H. Al-Fayez, Managing Director of the Jordan Tourism Board.  “It is the second largest contributor to our GDP and we were almost at three billion dollars of tourism receipts from the tourism industry last year.  It is a sector which is growing and has been growing in the last ten years.”

“The majority of visitors are from the Arab region, I would say more than 50% of tourists are from the region, the rest are mainly from Europe and North America.  But Jordan is starting to see an influx of all nationalities though and of all ages too as we have a very diverse product.”

The Tourism Board is proving to be a successful Public-Private partnership and involving airlines, hotels, tour operators and private investors in their planning and promotion of the country including its historic past – typified by the World Heritage site at Petra, three hours drive from Amman – and its present-day modern luxuries such as the delightful health spas among the five-star hotels on the beaches of the Dead Sea – Just 45 minutes taxi ride from the International Airport. 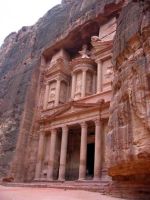 Al Fayez says: “Petra for us is just a gateway, a gateway to one of the many treasures Jordan has.  Jordan is an open air museum, a country that wherever you go you will find history and culture, from north to south to east to west, in the desert, in the mountains, in the sea, in the capital, Amman, itself.  There is the ancient city of Jerash, a close second tourist hotspot after Petra, which is the best preserved Roman city outside of Rome, the Dead Sea which is the largest natural spa on earth, the Red Sea which offers stunning beaches and is wonderful for diving and the amazing marine life and beautiful coral, Ma’an has a new sixth senses hotel and Spa and is one of the world’s best as it is known for its thermal waters.  And remember Jordan is also a Holy land, so we have many people coming here on pilgrimages.  Sights include, Mount Nebo where Moses saw the Holy Land.”

One Jordanian that shares the passion of his King for breaking down the barriers and increasing the potential of the country’s tourism is Samer Majali, the son of the twice Prime Minister Abdulsalem al-Majali and for the next few weeks at least, the CEO of the national flag carrier Royal Jordanian.

“We can’t really get going with these really large projects until the region has peace.  There is great potential for us and for the Israelis.  Imagine when you can visit Jerusalem, Bethlehem and then cross over to visit the Jordanian sites, Egypt and Iraq.  You would be able to get them for three weeks.  And it is not just Christian tourism.  There are a lot of historic Moslem sites for the Shi’ites in particular here and in Syria. There are crusader castles and areas of great beauty.  There is so much potential.”

The people in Jordan are welcoming (that is once you have gone through the ordeal of queuing for an entry visa at the airport).  Although the average salary for a Jordanian may be in the region of UKP600 a month, the costs for tourists match most European capitals with a taxi from the airport costing around UKP25 for the 40-minute ride to the city.  The five-star hotels in the city, around the resort areas such as the Dead Sea or Aqaba, are well equipped with broadband access, restaurants and bars. 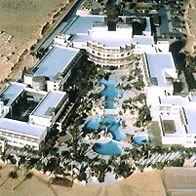 We stayed at Marriott hotels at the Dead Sea and Amman where the room rates are good value at less than UKP100 a night but everything else is hammered by local taxes and a service charge on top of that which adds almost 20% to anything you buy.

But it is worth it.  Jordan is there to explore.  It is easy to get a driver if you don’t want to drive yourself (particularly through the maze of Amman’s downtown streets).  There are surprises wherever you go – a chance to visit one of Jordan’s vineyards where wine has been made for more than 2,000 years was unexpected and most interesting.

Wine in a Moslem country?  That’s Jordan and that sense of liberal opportunity is why it is a place we shall visit again. www.visitjordan.com