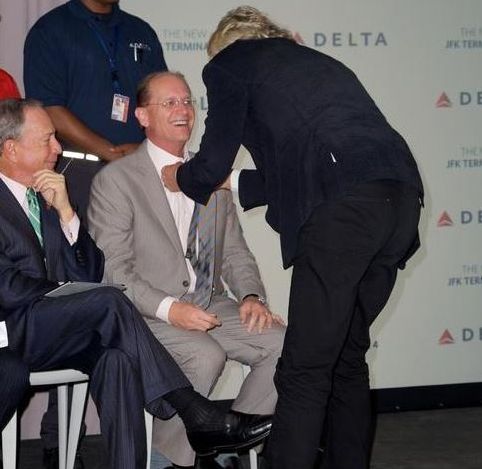 The European Commission is moving quickly ahead with its review of the Delta Air Lines and Virgin Atlantic commercial tie-up and is expected to issue an affirmative verdict by 20 June, its scheduled decision day.

Delta, the second-biggest US airline by revenue, and Virgin Atlantic announced the deal in December last year, outlining a joint venture that would allow the carriers to code both carriers to offer more flights at Heathrow, the world’s busiest international airport.

At the same time Delta has confirmed plans to purchase Singapore Airlines’ 49% of Virgin Atlantic, which was announced at the same time.  Known to be under consideration is a move by Delta from its present T4 location to that of Virgin in T3.  The Heathrow central area has better public transport connections and qualifying passengers would be able to use Virgin’s award winning lounge. (see Flying at the Front End in this issue)

Analysts said the Delta-Virgin joint venture would have about 25% of the market between the United States and Britain, against the 60% held by British Airways and American Airlines. www.delta.com  www.virgin-atlantic.com