ON THE SOAPBOX SPECIAL : Vernon Murphy 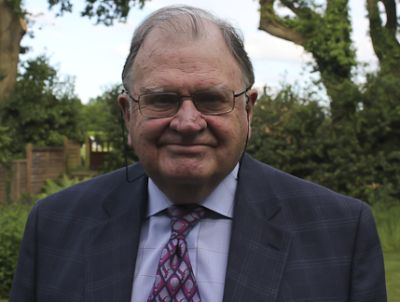 A previous Chairman of Heathrow Express, and a self-confessed railway buff, Vernon Murphy is a regular contributor to Business Travel News.  Having achieved senior management posts at Aberdeen, Gatwick and Heathrow airports he was formerly Managing Director of Scottish Airports. He has a foot in both the airport and rail camps.

‘Davies’ is not just about concrete for putting planes on, it is about transport links to airports too.  Here are his thoughts on Waterloo to Heathrow.

"Whatever happens in the future with rail connection at Heathrow one decision made a decade back will be of great benefit.  The T5 station has spare capacity.  As Eric Morecambe might have said, “We can have the right train capacity to the west, but for the wrong reasons.”  The extra platforms at the station were envisaged for Staines, not for Slough

The Airports Commission has opened up a ‘can of worms’ when it comes to solving the South East airport capacity.  Assuming it sees a future for Heathrow, surface communications will play a vital part of the review.

Let us consider the case for using the redundant Eurostar platforms at Waterloo as a Heathrow connecting point for passengers from south of the Thames who will find Crossrail not to their advantage.

On joining the British Airports Authority shortly after it commenced operations in 1966 it was a surprise to find that the first  new major infrastructure project at Heathrow being planned was rail links to Heathrow.  Two schemes were worked up – an express service with town terminal check-in from Victoria branching off near Feltham (a local service could have been added) and an extension of the Piccadilly Underground line from Hounslow West.

Government chose the underground extension because it was much cheaper.  Both BEA and BOAC had supported that option as they wanted to shut down their in-town terminals and also because the Underground would be convenient for staff journeys to Heathrow.  Heathrow Central station was designed to allow the Victoria link to be added later without major disruption.

In retrospect air traffic levels at Heathrow and Gatwick grew so much more than anticipated that had the Heathrow link been built it would have brought road traffic in the area around Victoria to a halt!  The Piccadilly Line service quickly became popular despite its long journey times.  It is relatively cheap but overcrowding makes it very uncomfortable at busy periods.

To handle this BAA plc started at the end of the ‘80’s to develop its premium travel Heathrow Express scheme from Paddington and this finally opened in 1998.  This prompted SWELTRAC (a consortium of 12 local authorities to the south and west of London) to lobby for a scheme to connect into Heathrow at Terminal 4 from the Feltham line.  At the Terminal 5 Inquiry a comprehensive proposal was put forward using the trackbed of the disused Staines West to West Drayton branch to link Terminal 5 to Staines via a new junction with the Waterloo to Windsor line.

This scheme became known as Airtrack and, with just a few km of new track, would have seen services from Terminal 5 to Waterloo, Woking/Guildford and Reading via Wokingham.  Tunnelling would be expensive, but that is also the case for a northbound rail route from T5 too.  Four train slots (paths in railways parlance) into Waterloo would have to be found.  The attraction of Airtrack was that 7/8% of Heathrow’s passengers were in the catchment area together with many of the staff who worked there.

After T5 was finally approved the station under the terminal was designed to include two extra platforms that would allow tunnels to be built to link into both Airtrack and a connection from the GWR mainline.  The Airtrack lobby was subsequently taken forward by Surrey County Council and British Airways until Heathrow Airport decided to fund a Transport and Works Act application in 2009.

This resulted in a growing tide of objections mostly from local residents about longer delays at the numerous Victorian era level crossings on the lines to both Waterloo and Wokingham, but including one from Surrey County Council and also local MP Philip Hammond, who was the Secretary of State for Transport.  In 2010 the DfT announced it was reviewing its financial support for the project and in 2011 dropped the scheme after that review.  Hammond had acted in the same way as his predecessor as Secretary of State Justine Greening had done.  He put his local interests before that of the country.

The objections about the many level crossings were a “Catch 22” issue – residents did not want longer delays at those crossings from the extra trains using the lines but any suggestion of putting in grade separation at some crossings produced even more objections on the grounds it would increase vehicle numbers using those roads!

The Staines connection was a sort of "aspiration" in the Secretary of State for Environment's approval letter (BAA was expected to use best endeavours to deliver this – it could not be a condition as it was not in BAA's remit to deliver).

I believe it is worth progressing the Airtrack scheme.  Assuming Heathrow passenger numbers will rise regardless of future runway capacity (which they will as larger aircraft are introduced) it will relieve pressure on the Piccadilly Line, offer much better connections from both south of the river in the London area, but also to the south west, and give the opportunity to rid the lines of the ancient level crossings, a dangerous relic of a bygone age".