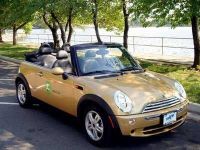 Zipcar, the motor vehicle sharing service established in 2000, has been acquired by Avis Budget, the world’s number three car rental operation, for US$500m.

Zipcar, which itself acquired Britain's Streetcar less than three years ago, has 767,000 members, or Zipsters, who pay an annual joining fee and are then charged by the hour to use its vehicles.  It is seen by some as a "greener" alternative to traditional car ownership as each vehicle gains far more utilisation, reducing the number actually registered.  According to The Economist, car sharing can reduce car ownership at an estimated rate of one rental car replacing 15 owned vehicles.

Car sharing clubs give members a smartcard which they use to open the car, eliminating the need to go to an office to collect and return keys.  Car hire leader Hertz and number two Enterprise have launched their own car sharing operations in the past few years, while Zipcar will become an Avis subsidiary. www.avis.co.uk www.zipcar.co.uk