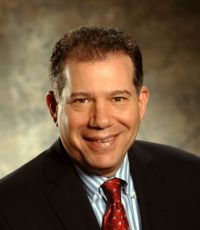 Craig Kreeger (53) has been appointed Chief Executive Officer of Virgin Atlantic Airways, taking over from Steve Ridgway who is retiring at the end of February.  Mr Kreeger joins Virgin at start of February for what will be a handover month.  On 7 February Mr Ridgeway is the guest of honour at the Aviation Club (sold out).

Kreeger, a graduate of the University of California in San Diego and with a MBA from UCLA, joined American Airlines (AA) in 1985 as an analyst and was appointed Senior Vice President, Customer in 2012.  He has worked on AA joint ventures with British Airways and Iberia across the Atlantic, as well as its partnership with Japan Airlines in the Pacific.  He knows London well, having spent six years this side of the Atlantic as Senior Vice President, International and responsible for AA operations and sales throughout Europe, the Middle East, Africa and the Pacific.

Last September, Virgin Atlantic announced Steve Ridgway would retire in spring 2013, once a successor was in place.  Steve has had a 23-year tenure with Virgin Atlantic and became CEO in 2001.  During his time at the airline, Virgin Atlantic has grown from two 747s to a fleet of 40 long haul aircraft, flying six million passengers a year. www.virgin-atlantic.com