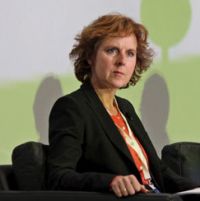 The European Union has backed down on its proposed rule that all airlines must pay for their emissions on flights to and from Europe after threats from non-EU international airlines that they would not pay.  However Climate Commissioner Connie Hedegaard said it would resume enforcement if ICAO, the UN specialised agency for air transport, fails to deliver a global deal.

"To create a positive atmosphere, we have agreed to stop the clock", Hedegaard told a news briefing last week.

"If this exercise ends in nothing, we are back to exactly where we were with the EU ETS (emissions trading scheme)", she said, adding that the move gave ICAO until next November to come to a new arrangement.

The European Commission, the EU executive, has repeatedly said that the reason for the ETS was inaction by ICAO.  It can be added that, whilst the non-EU airlines were up in arms regarding ETS, European carriers were hardly sympathetic.  “Just another tax”, a senior person said.

Hedegaard noted that EU member states would have to endorse the Commission's decision for it to take effect.  Another hurdle for them to overcome and an example of red tape working the wrong way (or right way if you prefer!). http://ec.europa.eu/commission_2010-2014