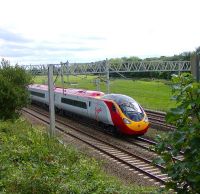 As predicted by BTN last week Virgin Trains has been asked to continue to run services on the West Coast Mainline for at least another nine months after the latest decision on the route franchise was scrapped.  At that point a competition will then be run for a new deal but the situation remains very unclear.  Two enquiries have been introduced with the first to report shortly.

In August the then Transport Secretary, Justine Greening, announced that First Group had been awarded a contract to run Britain’s busiest long distance rail operation for the next 14 years.  This was challenged by the incumbent Virgin Trains with the new Minister Patrick McLoughlin announcing on 3 October that the decision to award the West Coast Main Line rail franchise to FirstGroup was being scrapped because of "technical flaws" in the bidding process.  His department has also suspended the competitions to run the Great Western, Essex Thameside and Thameslink services with three senior members “standing down”.

The cost of the fiasco has been put at £40m.www.dft.gov.uk/news