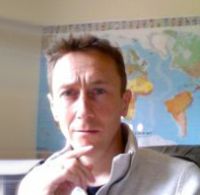 Gatwick-based FastJet Plc, now emerging as the first pan-African low-cost airline, has announced an expansion of its aircraft fleet, signed a maintenance contract with a leading aircraft maintenance company and further strengthened its management team ahead of the airline’s planned launch next month.

FastJet has signed operating lease agreements with Volito Aviation for two Airbus A319s and will take delivery of the aircraft in November.  These are the second and third Airbus A319s the company has leased and it remains on track to meet its target of deploying five Airbus A319s in Africa within six months of launch and up to 15 aircraft in a year’s time.

The airline has also appointed three senior aviation executives to the company’s management team.  Taking up their roles today, Rob Bishton (ex-easyJet), Kyle Haywood (British Airways Africa) and Harun Cordan (Ryanair) will combine their wealth of industry experience with that of the existing FastJet team.

FastJet Plc is the holding company for African airline Fly540, established in 2005 which operates from four bases in Kenya, Tanzania, Ghana and Angola.  Fly540 currently has 10 aircraft serving around 25 domestic and regional destinations, carrying approximately 750,000 passengers per year. www.fastjet.com