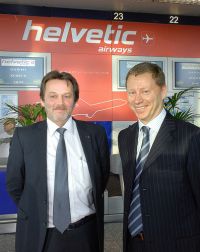 Bristol Airport has responded to the Government’s consultation on its Draft Aviation Policy Framework with five recommendations which, it says, would deliver real benefits for airports in the regions, the wider economy and passengers across the country.  The airport chose today’s Airport Operators Association (AOA) Annual Conference for its publication.

In the foreword, entitled ‘Giving wings to airports across the UK’ Chief Executive Officer, Robert Sinclair, says: “As politicians, Government officials, aviation professionals and other stakeholders debate issues around capacity and new schemes costing billions of pounds, it is critical to remember that significant airport capacity already exists in the UK regions.

“Government policy should encourage the use of this capacity and should encourage private sector investment in long-term infrastructure.  Not only will this relieve congestion at airports in the South East, but it will help rebalance the economy at the same time.

Bristol Airport’s five recommendations for a balanced aviation policy are:

Details can be found in the paper www.bristolairport.co.uk