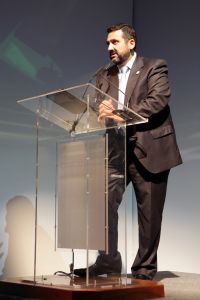 In spite of Spain’s economic woes Barcelona-based Vueling last week announced ambitious plans for further expansion in 2013.  Up goes the number of aircraft based at El Prat from 34 to 43.

Düsseldorf, Frankfurt and Gatwick will be introduced in a fourth consecutive year of growth.  Of the 28 new routes planned for the next summer season, which starts at the end of March 2013, five have never operated before from Barcelona.  Entirely new are Dresden (Germany), Rennes (France), Fez (Morocco), Rhodes and Kos (Greece).  The airline is also adding four countries to its network: the Gambia (Banjul), Finland (Helsinki), Bulgaria (Sofia) and Luxembourg.

With Gatwick, twice daily, it will take on easyJet, which already has six flights per day, and a limited service by Monarch. The airline also serves La Coruna, Bilbao, Galicia and Vigo from Heathrow.  For Frankfurt the Lufthansa monopoly will be broken and with Dusseldorf both the German National airline and Air Berlin are already on the route.

Vueling says that its objective is that in 2014 Barcelona will become the leading European airport for connections.  It also claims that by the end of next year 50% of passengers will be on business travel. www.vueling.com