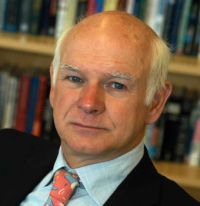 Plans have been published for a second runway at Gatwick Airport sometime after the 2019 embargo on any development is passed. The airport has deemed it necessary to reveal its ideas and make a presentation to the government enquiry led by Sir Howard Davies.

Currently the airport is handling about 34m passengers per year and has capacity for another 10m. To be built south of the present strip a second runway would allow the existing numbers to be doubled.  The airport has already good rail and road connections and these could be relatively easily integrated into any new expansion.

Gatwick’s biggest problem is a preference by airlines, especially long haul, to use Heathrow due to the South London airport's location and limited conurbation.  As soon as an opportunity arose for both Delta and Continental (United) to decamp they were off.  BA and Virgin Atlantic to New York are long gone.  Gatwick has had some success in attracting Far East carriers, but the failure of Hong Kong Airlines, well supported management wise, is an indication of the difficulties in developing a route. www.gatwickairport.com