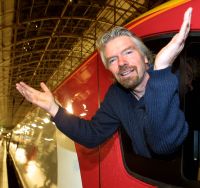 Soon after midnight last Sunday (1 October) the UK Department for Transport (DfT) announced it will no longer be awarding a franchise contract to run the West Coast service when the current franchise expires on 9 December.  At the same time it confirmed that it would not contest a review sought by Virgin Trains, the current operator, in the High Court.

What happens now in terms of running the railway after that date is not clear.  A very urgent decision needs to be made but the general view is that a deal should be effected with Virgin Trains to carry on as before until the result of two enquiries is made public.

What has emerged over the last week is that very serious mistakes were made by officials in the DfT, which could also have repercussions regarding other franchises within the bid procedure.  Overall the whole of Britain’s rail operations are now under a serious microscope regarding the way these are awarded, some calling for the rail system to be re-nationalised.

The Business Travel News highlighted (BTN 24 September) the near monopoly position regarding First Group should they have won the franchise. www.virgintrains.co.uk www.firstgroup.com/uktrain