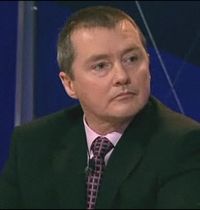 "I argued for a third runway and it was approved by the Labour government in 2009”.

"My view is we will never see a third runway at Heathrow, we will never see Boris Island.  We will debate this issue, and 30 years from now, there will be people sitting here talking about a Commission that took three years”.

"Nothing's going to happen because there is no cross-party consensus.  There is no political will to tackle difficult issues.  I run my business as best I can with two runways".

Walsh has always been sceptical regarding mixed mode operations, which could increase capacity by 25%.  BA has also in the past shown no interest in RAF Northolt, and which could take up some of the regional point to point traffic.

"I don't think we're risking economic catastrophe", said Walsh. "I do genuinely believe that the future of the UK economy is being damaged as a result of the lack of hub capacity at Heathrow.

"But without question, in 20 years' time we will suffer as a result of it". www.iairgroup.com http://news.bbc.co.uk