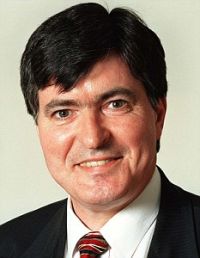 Last week Westminster began to wake up with Members due back for a couple of weeks today (Monday 3 September), a Government reshuffle and the Party conferences still to come.  Current Transport Minister Justine Greening repeated the Government’s “no third runway” stance, her own position since winning the Putney seat, with the Heathrow flightpath high above her constituency.

The All-Party Aviation Group published its latest report noting that the UK is being left behind on airport capacity provision where demand is greatest.  Air Passenger Duty (APD) airport departure tax is "a barrier to inward business", the report also said.

Its most controversial suggestion was a call for the coalition Government to reverse the position and support a third runway at Heathrow.

In his summary Chairman Brian Donohoe, Labour Central Ayrshire, put very clearly the group’s position.  "Our findings advocate a new direction.  Aviation makes a sizeable economic contribution on its own.  It supports 921,000 jobs across the country and represents the very best of cutting-edge design and UK innovation.  Aviation is, though, much more than just one sector.  It is an economic catalyst that underpins the whole of the UK economy, representing 3.6% of UK GDP, or a contribution of £49.6bn”. www.publications.parliament.uk