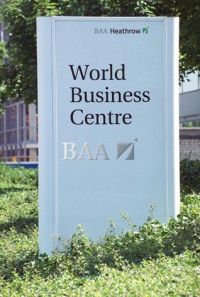 British Airways' owner IAG has abandoned plans to issue its first secured bond backed by its valuable take-off and landing slots at London's Heathrow airport, due it says to insufficient demand.

"Despite this week's improvement in the underlying credit rating of British Airways, there was a lack of demand for this bond at a price which would compare with other financing alternatives.  IAG has therefore decided not to progress with the bond issue", it said in a statement last Friday.

"This was subject to investor feedback and market conditions", it added.

Just over one week previously the bond issue – backed by Heathrow slots, had raised eyebrows in certain places.  Whilst British Airways is steadily moving ahead following its takeover of bmi, the fairly imminent arrival of the first of a new fleet of aircraft, Iberia is causing concern with investors.

IAG shares in London, which have fallen 6% in the last three months, closed down 3.3% at 154.80 pence. www.iairgroup.com