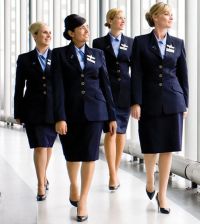 British Airways’ clients should be very careful over the next few months until the merger with bmi sorts itself out.  Where routes were previously duplicated, and the bmi sectors remain in place under a BA code, do check which terminal is being used at Heathrow.  From Aberdeen you can finish up at Heathrow’s T1, or T5.

Customers should note that another batch of seven Heathrow routes have moved from a bmi (BD) to a British Airways (BA) code and flight number.  These are Aberdeen, Amman, Beirut, Belfast, Dublin, Edinburgh and Manchester.  They join the previously announced Agadir, Basel, Bergen, Casablanca, Hanover, Marrakech, Nice, Stavanger and Vienna sectors.  Flight schedules remain the same – it is just the code and flight number changing.

Passengers with a booking on a bmi route not listed above can continue to fly as normal.  The flights times and terminal details remain as is.  However please note that British Airways’ baggage policies now apply to any new bookings.

The plan is to integrate bmi into British Airways for the start of the winter season.  Travellers might fly in a BA painted aircraft one way, and bmi the other.  The staff will be familiar to regulars. Same crew – different uniform. www.ba.com