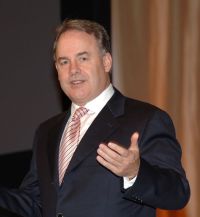 Abu Dhabi's flag carrier, Etihad Airways, which is on an expansion spree, has confirmed the acquisition of a 4% stake in Virgin Australia, deepening its alliance with the Australian airline.  Interestingly it has long been considered a partner for Virgin Atlantic, which also has a financial stake in what was once Virgin Blue.  Air New Zealand is another investor in Virgin Australia.

The airline did not say how much it paid for the stake and whether it plans to increase its holding in future.

In December, the State-owned airline raised its stake in Air Berlin to nearly 30%, paying approximately €73m and lending the carrier US$255m.  This was followed by an announcement that it was taking 40% of Air Seychelles.  Last month, it bought a 3% stake in Aer Lingus as a precursor to a commercial tie-up that could help the carrier gain more European routes.

In another move Etihad has signed a contract with Airbus to equip 17 of its future A320s on order with Airbus’ fuel saving Sharklets.  Deliveries will begin in the third quarter of 2013. www.etihad.com