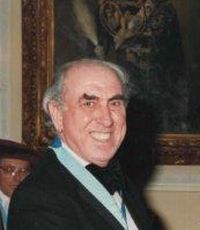 In the nineteen sixties, seventies and eighties Rex Smith was Mr General Aviation.  He was instrumental in the creation of GAMTA (now the British Business and General Aviation Association) and in the development of the Oxford Air Training School, the first educational establishment to gain the Queen's Award for Industry.  He was Chief Executive of CSE Aviation, distributors of Piper Aircraft, Bell Helicopters, Learjet, and, as the agent for Embraer, responsible for the introduction of the Tucano trainer to the Royal Air Force.  He was a member of the Airworthiness Requirements Board and, with the certification of Concorde, the ARB insisted that for once they ought to fly as passengers.

Rex was a ‘stay at home type’ and his only other major overseas trip was to Japan to collect an award for the training of ANA pilots.  Rex chaired the British Civil Aviation Standing Conference (now BATA) for many years, establishing it as the principal interface between UK aviation and the government.  It was then a natural progression for him to join the CAA as a non-executive Director.  Rex was a warm soul whose counsel was sought by many and always enthusiastically given.  He was predeceased by his wife Di.