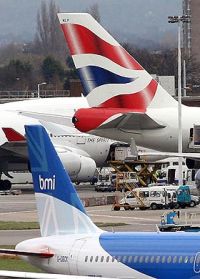 British Airways confirmed last Thursday (12 April) that consultation with trade unions had begun on proposals to integrate bmi mainline into its Heathrow operations.  However yesterday (Sunday 15 April) Virgin Atlantic announced that it will appeal the European Commission’s decision to pass the takeover after waving through the deal in just 35 working days.

The acquisition of bmi by British Airways owner, International Airlines Group (IAG), was given regulatory approval in late March.  bmi is claimed to be losing more than £3m a week and, without this acquisition, was facing closure with the potential loss of all 2,700 UK-based jobs.

Keith Williams, British Airways Chief Executive, said: “bmi is heavily loss making and is not a viable business as it stands today.  Our proposals would secure around 1,500 jobs that would otherwise have been lost.”

BA says “business as usual”.  An entirely new flight schedule will be published for October but assuming the deal goes ahead which of bmi’s solo routes will remain, and from which terminal?

The acquisition of bmi mainline will give BA an additional 56 daily slot pairs at Heathrow, of which up to 14 will be available to other carriers.  Discussions with potential buyers for bmibaby and bmi Regional are continuing. www.ba.com