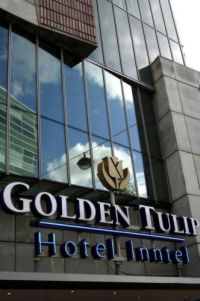 GOLDEN TULIP, which has its corporate head office in Lausanne (Switzerland), has filed for bankruptcy regarding the 13 hotels in the Netherlands that it directly owns and operates, it said last week.  The decision will not affect franchised or affiliated hotels, of which there are 720 in more than 50 countries, and the affected hotels will continue to operate during the proceedings, the company said.  The group owns 60 hotels directly.  The privately-owned hotel chain had warned earlier this year that declining occupancy rates and the cost of investing in new hotels had led to losses.  In March, it said it was going into voluntary receivership. www.goldentulip.com