London to be hit by another Tube strike 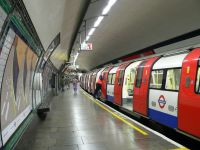 LONDONERS and visitors will again be hit by industrial action from Tuesday 9 June after the RMT transport union called for staff to begin a 48-hour walk-out at 18:59 after its members voted overwhelmingly for strike action in two disputes over pay deals and proposed job losses.  London Mayor Boris Johnson had pledged to seek a no-strike deal with Tube unions during his election campaign but has made no progress.  AERBT recommends that you go home early and keep away from central London on the Wednesday and Thursday. www.tfl.gov.uk