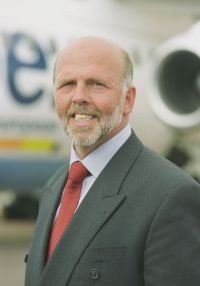 FLYBE, which is not a listed company but has BA as a 15% shareholder, has issued a strong statement complaining that British Airways has written down its stake in the regional carrier by around 25%.  The Exeter-based airline makes it clear that its business model was robust and it would make a pre-tax profit for the year to March 2010.  "Flybe notes with surprise that British Airways has chosen to impair the value....  Flybe believes that the decision is principally based on BA's view of their own performance and prospects rather than an analytical view of Flybe's track record and future prospects," it said.  "Flybe places on record that it and its advisors disagree with BA's decision to impair its shareholding in Flybe." www.flybe.com