ON THE SOAPBOX: Nick Mercer, Eurostar 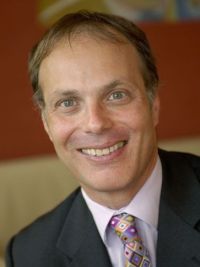 Nick Mercer is Commercial Director for Eurostar, which has launched a unique online facility enabling travellers to search every train for its cheapest UKP59 return fare.  He says it’s high time the travel industry responded to consumer demand for fares transparency. ON THE SOAPBOX appears on the first Monday of every month.


“Alongside timeshare scams and bogus holiday clubs, travel fares must be one of the few consumer purchases where the final cost can turn out to be an order of magnitude greater than the originally advertised price.

The travel industry has created a parallel universe where the fares we first see in newspapers and on website home pages frequently bear no relation to the amount that finally comes off our credit or debit cards.  For instance, London City Airport’s boss recently cited a UKP2.49 fare that became UKP93 by the time the customer had completed the transaction.

This is patently absurd, and the European Union thinks so too.  That’s why it launched a Europe-wide investigation into airline web sites and how they presented their prices, and published the results last month.  Whilst it says there has been a ‘step change’ in ticket selling websites, it is still the case that the online path to a ticket to fly is strewn with extras.  The final price is rarely visible before the moment of completing a transaction, continuing to make price comparisons time-consuming and difficult.

Eurostar believes it is time to treat travellers better, and to win their trust by helping them transparently to get the best deal – hence our online search facility for UKP59 fare availability.

How did it come to this?

Budget airlines have revolutionised the business model of short haul travel since the mid-90s.  But, a decade or so later, all airlines now operate in broadly the same way – and flying has become so commoditised that the only way airlines can still seek advantage is via the lowest possible lead-in price.

Everything else has become an extra.  Yet imagine if eating in a restaurant was like buying a flight, where you had to pay extra for a knife and fork, or for a menu, or using the toilet facilities.  Consumers would find it absurd, and go elsewhere.  But in the travel industry, they are forced to play the price accumulator game every time they book.

What’s more the extra costs often fail to reflect the real costs of providing the incremental services.  The amount that credit card companies charge companies, for instance, is often nowhere near as much as the far bigger charge that is passed onto travellers.  The same goes for debit cards.  Then non-itemised ‘taxes/fees’ are added.  Electronic check-in that costs a few pennies becomes multiples of pounds.  And so on.

What do consumers want?

Eurostar commissioned MORI to carry out research into this topic, which we published in the recent report ‘Travel Nation’.  It examines consumer attitudes in a downturn.  Despite, or perhaps because of, the recession more consumers say they plan to get away to relax and recharge the batteries this year compared with last.  Sizeable minorities say they would even avoid eating out or buying clothes for an entire year in order to safeguard their holidays.

But the most striking finding was around the issues of trust and value.  Increased competition has stripped costs out of the industry in the belief that consumers value price above everything else.  Now we need to question whether we have gone too far.  The report finds that the industry has become polarised, with sectors that are trusted on pricing seen not to represent value, and sectors seen to offer value generally not trusted on pricing.

Indeed, two-thirds of consumers think that ‘travel companies or operators who advertise deals that you have little chance of booking’ give the whole industry a bad name.  And over half say that they ‘no longer pay much attention to prices advertised’ because they can rarely book them.

Hardly ringing endorsements – in fact a clear sign that lack of transparency in pricing has left consumers feeling frustrated, and is tainting the reputation of the industry as a whole.  It’s time to reconnect.

A time for transparency.

At Eurostar, we believe that consumers want transparency of price, and to know that what they see is what they pay.  That’s why no-one booking on eurostar.com has to pay airline-style extra charges – except for the very few that want to take really large items that need to go in the luggage hold.  We’re not alone – Air Berlin was recently reported as saying that its customers want "certainty, service and simplicity".  And outside the bizarre world of travel industry pricing, almost every business thinks like this.

We live in a time when consumers have lost faith in banks and politicians – two of the most important controls on their lives.  Yet in a downturn, all the research shows that consumers seek value and peace of mind more than ever.  They want brands and suppliers whose products and prices they trust to be the best available.

Travel is no different.  It is essential for the future of every business that its customers inherently trust it and repeat their custom.  Trust is dependent on a commitment to both transparency and value.

It seems the travel industry has lost sight of the end goal: helping consumers have the best experience possible.  It has created a mirage of ‘value’ offered at any price, no matter how unrealistic, when people actually want to maximise experience and minimise risk.  The industry needs to rebuild trust.  That means offering prices that really are transparent, not ones that end up leaving customers feeling short-changed and taken for a ride.”

Eurostar and Europe’s fast-expanding high-speed rail network are changing the way people think about short haul travel.  Research has shown that a Eurostar journey generates just one-tenth of the carbon dioxide emissions of an equivalent flight, and all journeys are carbon-neutral at no extra cost to travellers.  Under its Tread Lightly plan, Eurostar has reduced CO2 emissions per passenger journey by 31% over the last two years.  Eurostar was among the Best Green Companies in The Sunday Times Green Companies Awards 2009. www.eurostar.com