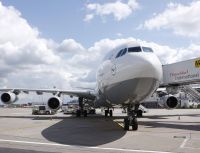 Lufthansa is to launch non-stop flights from Düsseldorf to Tokyo Narita from 1 June 2012.  The airline already serves the Japanese capital from Munich (where it competes with ANA) and also Frankfurt (here the rival is JAL).  At the present time Tokyo Haneda, recently re-opened for international flights and virtually a city centre airport, is not connected direct to Germany.  A three-class Airbus A340 will fly the route six times per week.

The launch represents the next step as the airline continues to expand consistently the offer at its Düsseldorf hub.

The Düsseldorf region is the number one Japanese hub in Germany – with over 500 Japanese companies located in the area.  A quarter of all Japanese citizens living in Germany reside in the North Rhine-Westphalian capital, making it the third largest Japanese community in Europe, behind London and Paris. www.lufthansa.com