ON THE SOAPBOX: Sandra Bloodworth - Chair of BARUK 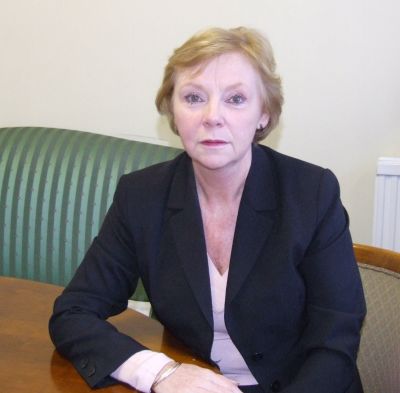 Sandra Bloodworth is the UK and Continental Europe Area Manager for Royal Brunei Airlines.  Having worked within the airline industry for over 29 years, she has a depth of expertise in both the UK and international travel market.  She has been Chairperson of The Board of Airline Representatives in the UK (BAR UK) since 2008, an industry association that promotes the business interests of scheduled airlines with a British operation or representation.  Membership is almost 90 carriers.

The 'Scoping Document' cut-off date is near – 20th October

The sole British aviation policy for the next few years is to place a well-advertised lid on trading capacity between the UK and overseas markets.  That lid is due to the denial of any additional runway capacity, not just at Heathrow but also Gatwick and Stansted.

Puzzling?  That’s the least that can be said.  Overseas competitors cannot believe their luck.  Heathrow will fall behind Frankfurt and Paris to become Europe’s third busiest airport within ten years unless the Government acts soon to free up more capacity.

International trade is the mainstay of most countries, and has been a foundation upon which Great Britain has thrived in the past.  Within the UK, the region of London and South East England remains the focal point of aviation development, something that seems inconvenient to the coalition government.

It has swept away the policies of the previous administration and replaced it with a lengthy period of consultations.  The result – a gap of at least ten years between the publication of the Department for Transport (DfT) white paper ‘The Future of Aviation’ in 2003 and a new aviation policy in 2013 at the earliest.

The first of those consultations is due to close on 20 October; it will be the cornerstone for yet another consultation in 2012.  It may already be costing Britain £1.2bn a year in missed business opportunities which is going instead to competitors with better air links.  Failure to provide direct flights to cities in emerging markets could deprive the economy of £14bn.

All sorts of questions are asked in it, including many that challenge well-known and proven precepts, such as the value of connectivity, hub airports and flights that arrive early morning and depart late evening.

Environmental matters naturally need to be addressed, but if there is an industry that has consistently addressed them it is aviation.  It has a great proven record of reducing noise and emissions whilst simultaneously improving fuel consumption.

The Chancellor stated that Britain is open for business, but is it?

It might be, but only up to the point that the current, overloaded, infrastructure can handle it.

That infrastructure is paid for by the industry, not government.  Aviation is part of the answer, not a part of the problem!

Whilst the current policy vacuum exists, the UK’s economy stands to lose out in a big way.

International companies, planning to expand, will be enticed by the additional flights and connectivity offered elsewhere.

The Secretary of State is urged to understand just how vital aviation is for the UK’s economy and deliver a sustainable plan for added capacity in a shorter time frame than currently envisaged.  Yet the Aviation Minister, Theresa Villiers, said “We are determined to deliver a new approach to aviation policy, one that ensures the aviation sector both supports economic growth and addresses the environmental impacts of flying.”

We meanwhile risk sleepwalking into a situation where the UK is isolated from some of the most important markets in the world.

At least the Government last week admitted for the first that they had got it wrong concerning long haul Air Passenger Duty (APD).  Transatlantic flights out of Belfast will (from 1 November) cost £12 Economy and £24 for premium classes, as against £60 and £120 for the rest of the United Kingdom.  Dublin, for similar flights, charges only £3.

Any planned increases should be binned and APD further reduced by at least the level of income from the EU Emissions Trading Scheme.

Send your comment in to the Department for Transport regarding Scoping.  The final day for observations is getting very close.