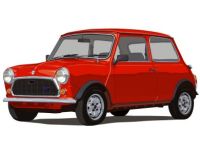 UK Transport Secretary Philip Hammond has announced that the 70mph (113kph) limit will be increased to 80mph (128mph) by 2013, subject to a consultation period of several months.  France has a motorway speed limit of 130kph (110 in rain), Netherlands 130, Spain 120 and Germany none at all.

Mr Hammond says that raising the mostly ignored limit will increase transport efficiency.  Those opposed to any increase say that “speed kills”.  The Minister points out that when the present limits were set in 1965 the average family car could hardly reach 70mph, had inefficient brakes, equally poor handling and for the most part cross ply tyres, notorious in the wet.  All round today’s cars are very much safer.  The number of people killed on British roads has fallen by more than 75% since that time.

It will be fascinating to see the policies carried out by Chief Constables over the coming months.  Clearly some will stick to the current guidelines (no prosecutions for up to 77mph) whilst others might be more generous in their understanding of the law.  What will be interesting is whether an upper notional limit of 88mph will be applied, nearly a 25% increase on the current legal top speed. www.dft.gov.uk