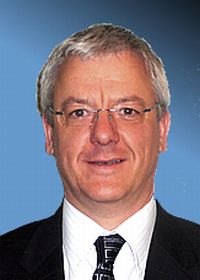 Continental Airlines, and for that matter Northern Ireland, are celebrating a Government back-down with regard the APD (Air Passenger Duty).  Whether it is the precursor of a Downing Street re-think regarding tax on passenger departures remains to be seen.  We will know around 29 November.

Continental (soon to become United Airlines) is the only carrier offering a service between Belfast and the United States (Newark – New York).  Faced with competition out of Dublin, where the tax is just £3, as against £60 for Economy Class and £120 for all premium operations, the Chicago-based carrier threatened to pull out.  It has this year closed its marginal Bristol – Newark service.

George Osborne, the Chancellor, said the announcement was a “proactive measure” to protect the service and the jobs of those who serve the Belfast route.

“Northern Ireland faces a unique challenge in attracting traffic – including very valuable business customers – into its airports,” he said.

Other regional gateways have quickly followed with pleas “why not us?” but the Government will cite Belfast as a special case.  See also ON THE SOAPBOX