Kazan and Ufa from Dubai 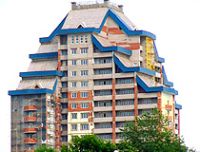 Flydubai, the Dubai-based government-owned budget airline, has doubled its network in Russia to four points with the addition of flights to Kazan and Ufa, not the most accessible of cities.

The Kazan Kremlin, which has been declared a UNESCO World Heritage site, is just one of the attractions the city has to offer. Kazan will also host the XXVII World Student Games in 2013 and several matches during the 2018 FIFA World Cup, with the new flydubai routes ensuring that the UAE’s football fans will have a direct flight option to attend matches.

Ufa, with an economy based on fuel, energy and engineering complexes, is also the largest oil refining centre in the Volga and the Urals, as well as a scientific and transport hub for Russia.