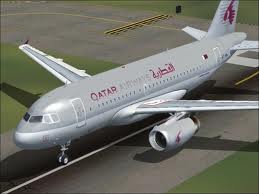 Stuttgart last week became Qatar Airways fourth German gateway and represents the airline’s first step in capacity increases across Germany during March, when additional flights to Frankfurt and Munich will be introduced.  The Berlin route remains daily non-stop from Doha.

Qatar Airways is the only Gulf carrier to operate services to Stuttgart, establishing links between this highly important German automobile centre and the Doha hub.

Also last week the airline increased the number of flights between Doha and Munich from daily to 11 flights a week.  At the end of the month the Frankfurt route will be upgraded from 10 to 13 flights a week.

Germany is the second largest exporter to Qatar.  Recently the tiny gas rich Gulf state, which has an ethnic population of just half a million people, made headlines taking a stake in Stuttgart-based Porsche through its investment vehicle.

The new Stuttgart route is operated with an Airbus A319 aircraft featuring eight seats in Business Class and 102 in Economy.  The aircraft is equipped with a state-of-the-art entertainment system offering individual tv touch screens and over 700 audio video entertainment options.  The aircraft also features OnAir phone and internet system. www.qatarairways.com