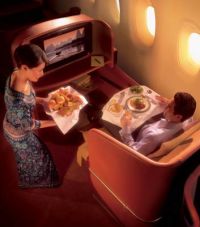 KOITO INDUSTRIES, a Japanese seating manufacturer, has admitted changing designs without following procedures and faking safety test results.  Last week the US Federal Aviation Administration said the controls, designed to check strength and resistance to flames, would include over 40,000 seats on 278 US-registered aircraft.  European Aviation Safety Agency (EASA) and its Japanese equivalent have concluded that "all data (both design and manufacturing) generated by Koito must be treated as suspect".  Koito lists amongst its major clients All Nippon Airways, Continental Airlines, Japan Airlines, Singapore Airlines and Virgin Atlantic.  David Henderson, spokesman for the Association of European Airlines in Brussels said: "We are examining the directive and trying to work out its consequences.  It does seem to us very legalistic rather than safety-based."  The Wall Street Journal noted on Friday that up to 150,000 seats could be involved worldwide and the rectification work might take up to two years. www.koito-ind.co.jp/english