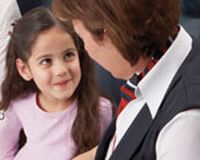 BRITISH AIRWAYS has had to alter its child seating policy after a court case.  Last year a customer was on a flight from London back to his home in Luxembourg with his wife.  She asked him to swap seats so she could sit next to the window.  He took her middle seat but cabin crew, who mistakenly believed he was alone, told him to move back to his original seat as he had ended up sitting next to a young boy he did not know.  Because of the legal action BA has changed its longstanding arrangement of banning lone male travellers from sitting next to unaccompanied children on its flights.  Children between 5-12 need to be booked with the BA Skyflyer Solo service.  They will now be seated in a special area on the aircraft where possible.  In this case the award has been given to charity by the gentleman whom the court deemed to be injured. www.britishairways.com/travel/childinfo/public/en_gb