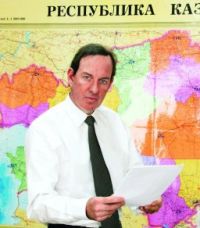 AIR ASTANA, the flag carrier of the Republic of Kazakhstan, which is 49% owned by BAE Systems Plc, experienced strong growth during the first half of 2010, with passenger numbers increasing by 14% and revenue jumping 24%.  The airline serves Heathrow twice weekly from Almaty, as does bmi, on non-competing days.  Flight time is about the same as New York, which is around seven hours.  The airline says that improved aircraft utilisation has enabled it to increase frequencies on domestic trunk routes from both Astana and Almaty, with international service frequencies being improved to Frankfurt, Baku, Urumchi, Beijing and Kuala Lumpur.  New Embraer 190s will arrive from early 2011.  Airline President Peter Foster will be guest speaker at the UK Aviation Club in London on 16 September. www.airastana.com