London Underground gets some air conditioning 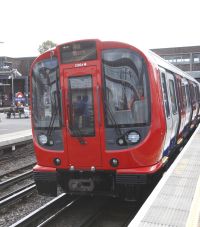 AIR CONDITONING has at last arrived on the London Underground.  It has taken time however, the first modern system credited to Buffalo, New York State in 1902.  The problem is that Bombardier units are first being introduced on the Metropolitan Line, which does not run properly underground.  Users of the often sweltering Piccadilly, Northern and Central lines will have to wait.  The relatively new Victoria Line does not even have the space for the units.  “We are looking at solutions,” said a spokesman.  The roll-out on the ‘Met’ will be complete by the end of 2011 when deliveries start on the Circle and Hammersmith & City services, followed by the District Line.  All more or less on the surface. www.tfl.gov.uk