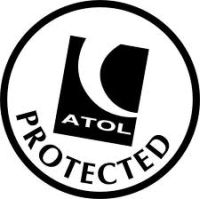 BRITIAN’S SUPREME COURT says it will refuse the Civil Aviation Authority’s (CAA) leave to appeal in a case affecting Travel Republic, a tour organiser it accused of breaking its ATOL rules.  The case covered a point of law, the CAA wanting to prove that if someone booked a flight and the land arrangements at the same time any emergency costs (a failure by one of the participating parties) should be covered by the ATOL (insurance) scheme.  This decision now leaves a large number of holidaymakers at risk in the event of a travel organiser failing says the CAA.  It is urging the Government to move quickly to reform the ATOL scheme and introduce the proposed ‘Flight Plus’ financial protection in order to restore cover to consumers who may wrongly believe that they are currently financially protected.  Direct flight-only bookings are not protected by the scheme although many people take out their own insurance.  Research published by the Air Transport Users Council (AUC) showed that a third of people did not know if their last flight was financially protected or not, and 34% of respondents were not aware if their travel insurance policy included financial protection. www.caa.co.uk