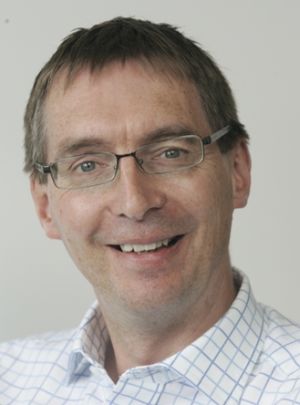 With the school holidays upon us it seemed a good idea to invite Tim Jeans, Luton-based, but a man of Manchester, to head ON THE SOAPOX for August.

Tim started in the travel industry as a P&O trainee when Britain’s oldest transport operator still operated scheduled ships to the Far East.  His career took him to Ryanair where in a seven-year stint as Commercial Director he developed that airline's European operations.  A short period followed as Chief Operating Officer at MyTravelLite before joining Monarch in 2004 and heading up the expansion of the airline's scheduled services.  He became Managing Director in 2007.

If there is anything to be thankful for in the world of aviation this year, it is that the volcanic ash cloud chose to appear during April and not at the start of the UK summer school holidays which are now upon us.  As an airline whose primary market is in leisure travel Monarch is now operating at maximum capacity and if we thought recovering from the ash crisis was difficult in April, the task now would have been near impossible.  Charter programmes in the next two months will call for utilisation in excess of 20 hours per day, with all the related pressure on their resources, notably crews.

With this level of utilisation, the last thing we need is our third party suppliers to disrupt normal operations with industrial action.  But yet again, just as the summer peak season begins, Spanish air traffic controllers begin a "sick day" protest; their French colleagues don't even bother, they go on strike anyway, plus Greek suppliers from ground handlers to air traffic protest by biting the very hand that feeds them.

Whilst it is fair to say that most airlines are able to work around the operational disruption this action causes, it is our paying passengers who suffer, and yet again we all face an uphill struggle to convince people to spend their hard earned income on foreign travel when even sitting in a traffic jam on the M5 might seem a more preferable way to start a holiday.

Never more so than at this time of year do we realise that virtually all airlines are reliant on their service providers both on the ground and in the air to keep their operations intact.  We cannot solve other people's industrial or economic issues for them, but what we can do is acknowledge and reward the effort and teamwork from a myriad of different sources that go into dispatching an aircraft on time.  Often, only when things go wrong, do we spare a thought for our check-in agents who have had to rise at 3.30 in the morning to check in the first wave of flights, or the baggage handler who stayed late to unload a flight delayed by the air traffic strike.

So let's not forget that it's teamwork that counts, we are all in this together.