ON TOUR: A Farnborough preview 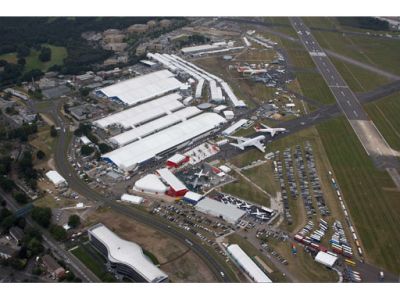 Whether Farnborough, or its Paris equivalent at Le Bourget, is the world’s number one Airshow is really neither here nor there.  They both have their defects, and also very good points.  This time around the gathering south west of Heathrow probably wins the day with the first overseas public appearance of two major aircraft programmes, the Airbus A400M military freighter, and Boeing’s 787 Dreamliner.

One thing for sure Farnborough has never looked back since its move two shows ago from an early September date to what is now fast becoming the traditional third Monday in July every even year.  The event runs through until Sunday.  Sadly Boeing’s much anticipated Dreamliner is only around until lunchtime Tuesday when it will depart for Seattle, rejoining the high pressure certification programme.  We ought to be thankful that Boeing valued Farnborough so much that the nearly 10,000 mile roundtrip is taking place. 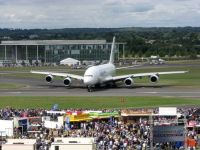 An Airbus A380 is due to fly each day and the US Air Force will demonstrate a Boeing B-52 on Wednesday, Thursday, Saturday and Sunday.  It is amazing to think that the original prototype B52 first flew on 15 April 1952 and the last of 744 rolled off the production line in 1962.

Never failing to thrill is the RAF's Red Arrows display team.  For lovers of classic aircraft, Farnborough promises a feast:  Spitfire, Messerschmitt ME109, the Battle of Britain Memorial Flight and a return of a 2008 Farnborough star, the only remaining airworthy Avro Vulcan, fully restored to its delta wing Cold War glory.

And, in another first for Farnborough, the organisers have secured agreement to allow unmanned aircraft systems to be demonstrated as a regular part of the display programme.  Taking a real look into the future of military – and even civil – aviation, it is expected that a dedicated UAV display will take place before the start of the flying display.  Depending on the level of interest, the display could run as long as one hour. 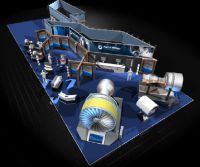 Military and commercial mix together in what is very much a two faceted show – military and commercial.  On the defence side, government budgets in North America and Europe are under heavy pressure, but key priorities remain intact.  Do not bet against the Hampshire site hosting more than a little drama in the running battle of words between Boeing and EADS over the looming award of the US Air Force's US$35bn KC-X aerial refuelling tanker contract.  Boeing just about won the war of words after the World Trade Organisation seemed to come down in its favour, but the Airbus division of EADS did not suffer a knockout blow and has come back strongly with a fearsome attack.  They argue that with assembly in the US it is an American aircraft also.

AERBT is however more interested in business travel and this preview highlights that aspect of the show.  Debut aircraft are the Russian Sukhoi Superjet 100 and the Viking Twin Otter 400, being revived in turboprop form 22 years after de Havilland Canada ended production of the original classic.  ATR will have on show the latest version of its highly successful regional turboprop the ATR 72-600.  Somewhat upscale Airbus, too, will be making an impact, with an Etihad A330, a A330F freighter and a British Airways A319.  Business jet enthusiasts will not want to miss the Bombardier exhibition.  On display is a Learjet 60XR, Challenger 605 and Global 500, alongside the Canadian airframer's Q400 turboprop and CRJ900 regional jet airliners.  Talks will be of the huge industrial company’s (Bombardier makes trains in Derby) C series aircraft, a serious competitor to the smaller Airbus and Boeings. 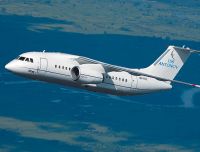 Dassault brings elegance in two sizes at Farnborough, its Falcon 2000LX and Falcon 7X.  Cirrus will be showing its SR-22 and SF-50, and an ambitious, six-aircraft display from Hawker Beechcraft ranges from the T6 trainer to the King Air C390GT.  Britten-Norman's Islander appears on the ground and in the flying display, Pilatus will be showing both its turboprops – PC-6 and PC-12.  See also the Antonov An-158 regional jet, a stretched version of the 148, which has been in service with Aerosvit Airlines since this time last year.

While the event is predominantly an aviation industry showcase, there will also be a number of airlines represented at the show including British Airways, Qatar Airways and Thomson Airways. Thomson Airways, part of Tui Travel UK and Ireland will be the UK launch customer for the Boeing 787 Dreamliner and will be hosting a media event while the Boeing aircraft is at the show. 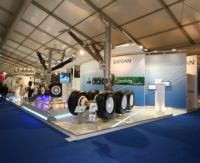 As the Show Director Shaun Ormrod says in ON THE SOAPBOX Farnborough is not just about complete aircraft but is very much about what makes the industry tick.  The four massive display halls offer a plethora of the complex infrastructure of the aerospace industry.  Make time to walk around.

A four-day conference programme is an integral part of this year's show. Taking place over the first four days, the aim is to offer visitors and exhibitors greater focus to their visit and to give them the opportunity to network and discuss key issues affecting aerospace, defence, space and security.

Wednesday 21 – Rt Hon David Willetts MP, Minister of State for Universities and Science with the day theme of Space.

Thursday 22 – Rt Hon the Baroness Neville-Jones, Minister of State for Security and Counter-terrorism with the day theme of Security.

Futures Day on the Friday is sponsored by Airbus and kicks off a programme aimed at encouraging young people to pursue a career in aerospace.  Highlights include a UK versus USA versus French schools rocketry competition and a Royal Aeronautical Society – Boeing – Light Aircraft Association ‘Build a Plane’ challenge.

Over the two public days, Saturday 24 and Sunday 25 July, under-16s are once again given free admission courtesy of Rolls-Royce.  Attractions include the Bloodhound Super Sonic Car world land speed record attempt project; the Space Zone; funfair rides and climbing walls; and two flight simulators recreating the experience in the cockpit of a Spitfire and Red Arrows BAE Systems Hawk trainer.

Other spectacles include Team Extreme, the skateboard, BMX and in-line skate display team. 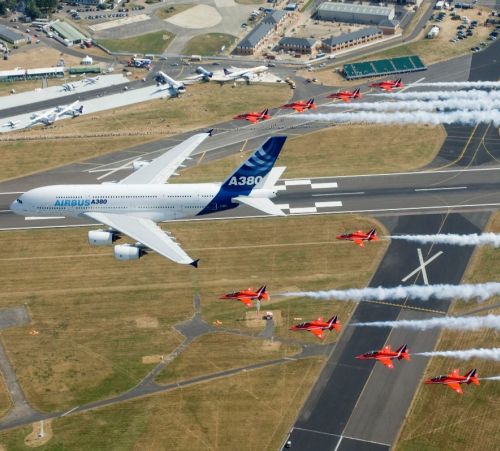