ON THE SOAPBOX: Jim French - Chairman and Chief Executive Flybe 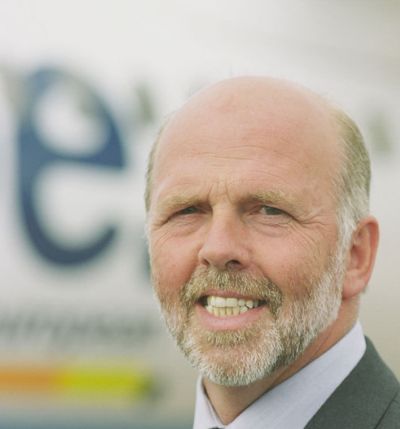 Jim French has been involved in the airline business for 40 years starting at Prestwick in 1970 with British Caledonian.  He spent ten years with Air UK before joining what was at that time Jersey European Airways in 1990, the airline becoming Flybe in 2002.  Flybe claims to be Europe’s largest regional carrier and operates a fleet of Embraer 195 jets and Bombardier Q400 turboprops.  Jim uniquely has been voted ‘Airline Executive of the Year’ twice (2002 and 2004) by Regional Airline World and received a CBE in the 2009 Queen's Birthday Honours List.

It seems only yesterday when Flybe was created and we announced that we were focusing fleet development on the Bombardier Q400 turboprop aircraft.  Many in the industry were shocked that we were going to replace 50-seat jets with turboprops at a time when others were doing the exact opposite.

Indeed, the situation for turboprop orders was so dire that Bombardier had announced that they were closing the Q400 production line for eight weeks.

Everyone thought we were mad!

However our belief was that the pressure from the 'low cost' airlines would continue and consequently yields would continue to fall and unless our costs fell, then we would be out of business.

We had reached a turning point in the history of our airline since as Jersey European (and British European for a short period), we were facing extinction and indeed, without the support of our shareholders at the time, we would not be here today.  A major element of our survival plan was to be absolutely focused on our key goals and one of these was the selection of the future aircraft fleet.

Whilst some say Flybe saved the Q400 since we gave the aircraft a massive vote of confidence by ordering 16 new aircraft, however it is equally true to say that the Q400 helped save Flybe.

The aircraft had the unique combination of 78-seat capacity, sufficient speed and range to operate across our existing network and the routes we had aspirations to develop.  The Q400 economics delivered the lowest flight costs in our market.  In financial terms the expenditure was similar to a 50-seat jet on a one hour sector, yet had 28 additional seats and was therefore a very effective competitive tool against these aircraft.

Its low costs would enable us to operate much higher frequencies than 150-seat jets for the similar total outlay and therefore we could use frequency to take market share against bigger jets – again on a one hour flight.  These factors would enable us to develop new routes at the lowest expenditure and the aircraft’s speed combined with its cabin noise-cancelling technology were major considerations to enable  us to stretch the envelope of sector length for customer acceptability.

So successful has this been that we now operate the largest Q400 fleet in the world, by some margin, with 58 aircraft.

More and more airlines are once again turning to turboprops as they search for acceptable economics.

The 50-seat jet balloon has burst as airlines around the globe struggle to make money. This was possibly the shortest product life cycle of any commercial aircraft.  However this now leaves a fundamental unanswered question.

As an airline, we are always looking to the future – the long term future when it comes to aircraft planning.

Bombardier themselves have forecast 6,000 units up to 100 seats market over the next 20 years.

We ourselves will soon be considering the replacement for our original Q400s and we are hopeful that our airline will continue to expand once the economic situation improves.  Therefore we have started looking around the market to see what the airframe and engine manufacturers are planning for the next generation of turboprop aircraft.

Where are the radical plans for engineering revolution which will deliver substantial fuel savings; weight savings; increased range and speed, customer appeal and space for reasonable amounts of hand baggage?  Where is the new high speed, fuel efficient and very green 100-seat turbo prop?

The answer is – we haven’t found one!  We cannot find any manufacturers who are planning something very radical!

So what does the future hold for turboprops?  Is the simple fact that the potential gains outweigh the costs of development?  Will simple design and manufacturing costs consign the next generation to be simple stretches or “upgrades” of the current aircraft.

Over the last two decades we have seen British Aerospace, Fokker, Dornier and CASA all disappear from regional aircraft and turboprop manufacture.  We have seen the demise of the 50-seat jet economics.

Who will fill the potential void in regional aviation and with what?

Ironic isn’t it that whilst the military around the world still stretch the boundaries of manned and unmanned military development they have still acknowledged the need for a turboprop aircraft?  Brand new at Farnborough is the Airbus A400M with four propeller turbines.  A 250-seat ‘low cost’ passenger version is clearly not on but the technology is around for something smaller.

The airline industry needs an aircraft for the long term development of regional aviation.