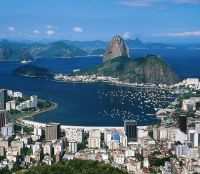 TAM BRAZILIAN AIRLINES is to introduce a three times per week service between Heathrow and Rio on 9 August, competing with British Airways on the route.  The carrier will operate an Airbus A330-200 in a three-class configuration with a layout of four First Class, 36 Executive and 83 Economy.  Flights both ways are overnight.  TAM says that traffic to Rio over Sao Paulo is already strong and the new service will not only be quicker but will also free up capacity to its Sao Paulo hub.  Rio is a centre city for the 2014 World Cup and will host the 2016 Olympic Games. www.tam.com.br