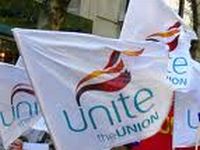 BRITISH AIRWAYS cabin crew have rejected the latest pay offer from the airline, setting the stage for a prolonged period of strike action.  The outcome of the vote was announced on Friday (7 May), the news overshadowed by the result of the General Election.  Breaking the figures down 81% of members actually voted and of these 71% wanted action, which translated means that only 57% were actually for strike action.  The Unite union had “strongly recommended” members reject the latest offer, a decision British Airways Chief Executive Willie Walsh branded as “bizarre”.  The effect of the decision will be bad news for the airline, passengers with a choice of carrier generally speaking opting for the easy alternative. www.unitetheunion.com