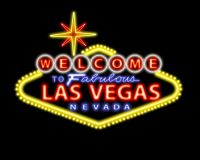 VIRGIN ATLANTIC is to add Manchester to its Las Vegas operation in April 2011.  The airline initially introduced Gatwick – Las Vegas as a three times weekly service back in June 2000 and has carried almost 2m passengers on the now daily route.  The twice-weekly service will start in April 2011 and will operate on Thursdays and Sundays using a Boeing 747-400 aircraft.  The flight will be Virgin Atlantic's 33rd from the UK and the carrier's third from Manchester.  BMI previously flew the route pulling out in April 2009 with the withdrawal of its Airbus A330 operation.  As with the existing Las Vegas service a Boeing 747-400 fitted with 14 Upper Class Suites, 58 Premium Economy and 379 Economy seats will be used. www.virgin-atlantic.com