The Competition and Markets Authority and the CAA have published an open letter to airlines, warning them about their obligations under consumer protection law. 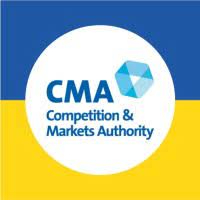 The aviation industry has been under pressure since the easing of travel restrictions earlier this year, with widespread delays, cancellations and capacity cuts at airports.

The CAA and CMA said that while they recognised that “some airlines have performed better than others, and we acknowledge and welcome some recent improvements, for example flight cancellations being announced earlier”, they were concerned that consumers could experience “significant harm unless airlines meet their obligations and minimise flight disruptions throughout the summer and beyond”.

“Some airlines may not be doing everything they could to avoid engaging in one or more harmful practices”, the letter said. This includes:

Selling more tickets for flights than they can reasonably expect to supply and failing to warn consumers about the ensuing risk of cancellation.

Not always fully satisfying obligations to offer consumers re-routing (including with alternative carriers where necessary) in the event of cancellation.

Failing to give consumers sufficiently clear and upfront information about their rights on cancellation, and/or to provide adequate and appropriate support and care where flights are cancelled or disrupted.

Airlines would be expected to “closely monitor their likely ability to ensure flights take off as scheduled”, the letter said and wants airlines to stop marketing tickets for flights “if they cannot be reasonably confident they will go ahead”.

Both easyJet and British Airways have pre-emptively cancelled hundreds of flights for the coming months and Heathrow airport introduced a cap on flight numbers over the summer period.

The decision led to a row with Emirates, which called the move “entirely unreasonable and unacceptable”, saying that the airport had given it just 36 hours to comply with capacity cuts, including the dictating of “the specific flights on which we should throw out paying passengers”.  The two parties subsequently came to an agreement.