ON THE SOAPBOX: Professor Chris Tarry

“Concerns over the British outbound market”.##### 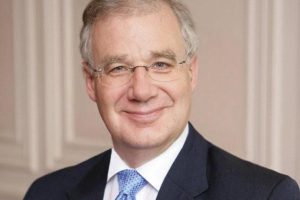 A regular contributor to BTN, Chris Tarry, head of CTAIRA, one of the world’s leading independent airline analytical consultancies, he is also closely involved with Airline Business, sister company to Flight Global.

“I have always argued that generalisations are hugely dangerous and so it has been with the current "results season" although we have seen a number of managements announce results ahead of expectations this is not always the case.

What should not be in doubt is that the rules of economics continue, as they always have done, to apply to the airline industry where at least at a company level the key factors are demand, supply and price.

Unsurprisingly against a background of strong demand and constrained supply – are few examples where capacity in the latest quarter is at or close to the levels of the corresponding quarter in 2019 – it should come as little surprise that fares are higher.

Indeed, even the most cursory glance at Skyscanner or some similar site will confirm this and there are plenty of suggestions of "gouging" – suggestions that are not unique to the airline industry. It is however important to keep a sense of perspective, and indeed as I have written elsewhere and some time ago now, airlines' costs were likely to structurally increase and by definition fares would have to do so too.

In some jurisdictions the urgency to add back capacity at coordinated airports where "use it or lose it" rules apply, may see a continuation of the 70/30 rule into the winter season, relieving some of the pressure with the continuing concomitant effect on fares.

At least in a number of statements there have also been the inevitable platitudes, about how sorry senior managements were, how they really do care and will do better in the future, directed to those who have been affected by cancellations but where it has been the same managements' that have failed to operate flights that were not only offered but also sold and where intending travellers handed over money for tickets. However for those affected, such apologies matter little and in most cases, if they have "free choice, they will travel with a competitor – that is indeed also how economics works too and where it is always cheaper to retain a customer rather than win one back – the adage "once bitten, twice shy" comes to mind and where affected passengers are less likely to give managements the benefit of the doubt.

Certainly in the UK we have seen a lot of "finger pointing" and also some acrimonious exchanges between some of the various parties "aviation ecosystem" trying to apportion blame. However "we are where we are". The issue is more how the remaining problems are fixed and promises are reasonable and deliverable and here for music afficionados many of the lines in Canned Heat's "let's work together" are as relevant today as they were when the song was written in 1970 but may reflect an unrealisable outcome.

One thing that appeared generally conspicuous by its absence in the most recent statements by two of the largest airline groupings was a view beyond the end of the current year and where the focus was on how close to 2019 levels of activity and that they (unsurprisingly) expected to be profitable in the quarter we are in now.

For what it’s worth there should be real concerns over the UK as an outbound market; high inflation, rising interest rates (although we seem to have been "behind the curve" here, and a probable recession – with the need for a new term "Recflation" (recession and inflation) rather than "stagflation".  Indeed, despite the temporary respite for some airlines of the last and current quarters' trading, the reality is that the industry is moving from one crisis to another – so much for building back better, whatever that meant, and to whom, but in the UK we have been accustomed to increasing numbers of increasingly meaningless three-word slogans for some time now.