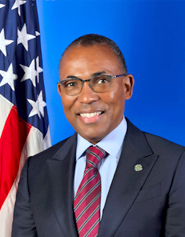 It is made up the state aviation regulators from the UK, USA, Canada, Australia and New Zealand.

Leading the group are two men, not only legislators but very experienced aviators in their own right.

A collaborative international aviation network with global aviation leaders has been launched to tackle the sector’s biggest challenges.

NAA network’s mission is to foster co-operation between world-leading aviation regulators on emerging challenges in aviation and aerospace, improving innovation and safety.

These challenges include making the most of new technology, such as safely integrating new forms of transport like air taxis into some of the busiest airspace systems in the world, as well as supporting the sector’s efforts to reduce its carbon emissions and promote guilt-free flying.

This group complements the various co-ordination mechanisms under the International Civil Aviation Organization (ICAO) and remains committed to working within ICAO to support the global aviation system.

I think this is missing the context of AUKUS for example, spaceflights, leading AAM etc...

What does this do that ICAO cannot do?